In January, 2020, South Shore Drill Team was preparing to celebrate its 40th anniversary of keeping youth safe and on the path to success. The previous year, the team had accepted more teens referred by law enforcement and school administrators throughout the previous year, and these young people had just finished performing at the December Holiday Show with other members. A new instructor was hired in January to provide intense mentoring, and a counselor was engaged to offer cognitive behavior therapy. The team had three units performing in Winter Guard International competition, and all were doing well on their way to the finals. In February, South Shore Drill Team was the only group chosen to appear twice during NBA All Star weekend, an event broadcast globally. Team members were thrilled to perform with Chance the Rapper, and the media attention resulted in additional youth joining the team via its website.

And then COVID-19 struck. WGI canceled the season in mid-March. Schools were closed, along with the youth center where the team rehearses and holds its stage shows. In the coming months, 39 parades and other events which had booked the team were cancelled, resulting in the loss of more than $92,000 in performance fees. Plans for the 40th anniversary celebration were put on hold.

During the quarantine, South Shore Drill Team instructors found innovative ways to connect with youth using Zoom for rehearsals and phone calls to see how they were doing, encouraging them to focus on finishing the school year strong. In June, three young men who had been with the group for 5-12 years graduated high school with fall college plans.

Despite event cancellations, the organization was fortunate that none of its youth or staff members were infected by the virus, although they all know people who were. Team members were anxious to come back, and rehearsals resumed with safety guidelines in place on July 6.

During the pause in the team’s schedule, Board members and staff devoted time to projects to enhance the group’s level of organization. An online donor management system was purchased and used to organize more than a decade of giving records. At the Board president’s request, the team received assistance through the University of Chicago’s Booth Network Program. Two MBA students have been volunteering since March on a job functional analysis project to determine the team’s short-term and long-term staffing needs for succession planning. They scheduled interviews with staff and Board members to be sure their job descriptions accurately reflect their roles within the organization.

Through a program funded by two major Chicago foundations, the team was able to receive pro bono design of two brochures. One layout updated a four-page brochure to seek corporate sponsors and the other design was an 8.5x11 trifold with information for young people who want to join and their parents, event organizers looking to book the team, and donors interested in sponsoring an individual youth. In July, a Board member who is a civil litigator and a Drill Team alum wrote a letter to donors describing how the team has worked since its founding to effect change in society and address inequities through development of youth. In August, Channel 7 broadcast a two-hour special on the Bud Billiken Parade which included an entire segment on South Shore Drill Team and interviews with team members.

Adjusting to the New Normal

Over the summer, a suburban church which has contributed to the team for more than a decade invited the team’s young men to perform and talk about how they are doing. The August outdoor service was the Drill Team members’ first performance and the church’s first in-person service since mid-March. In September, the team’s young ladies spoke and performed at a service before having lunch with congregational members.

The Drill Team also performed at an event to encourage Census participation in September and had the opportunity to meet Mayor Lightfoot afterwards. 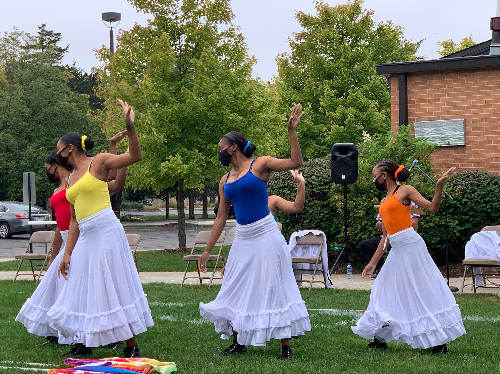 Rehearsals continue with several restrictions regarding staff to youth ratio, social distancing, sanitizing, and number of people on site at a given time. While events and travel were limited, instructors kept youth engaged with fun outings such as paintball and skating. The team participated in a neighborhood clean-up in September and organized an event to give away 300 new coats on the South and West Sides in December. 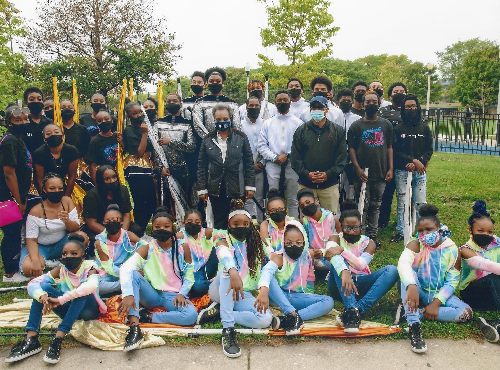 Youth Officer Michele Millison of Area 5, which oversees four police districts on the Southside, is continuing to refer young people to the team and working to implement a golf program for youth.

The team is actively recruiting new members year round. South Shore Drill Team remains committed to those young people most in need of a positive influence in their lives. We deeply appreciate the support of our donors, funders, and fans in these extraordinary times. 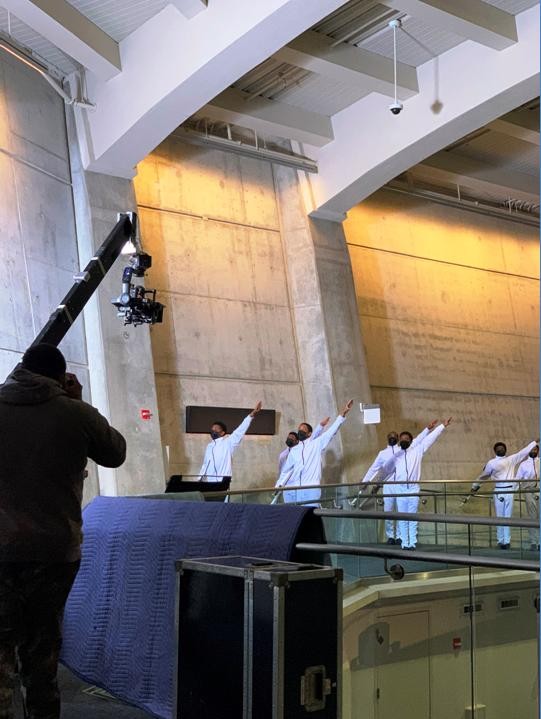 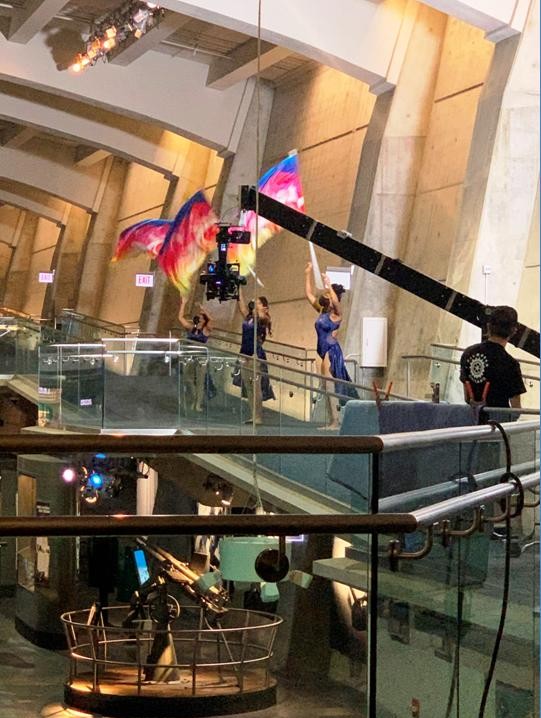